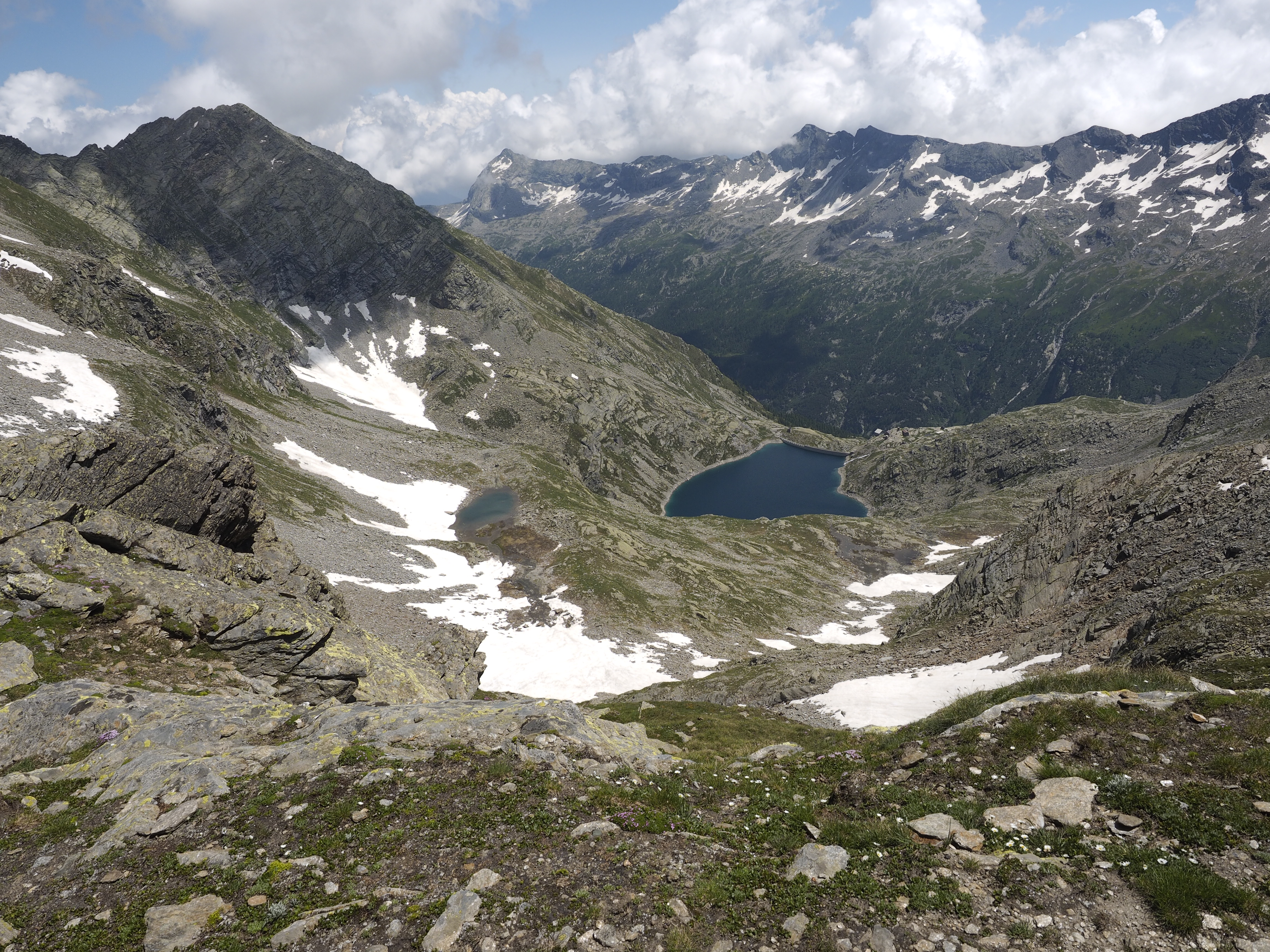 This is a nine-stage cross-border tour which runs along well-maintained well-marked trails and offers a circuit which provides a beautiful view of the scenery and culture associated with the great mountains of the entire region comprised of the “Sempione Triptych” (Weissmies, Lagginhorn, Fletschhorn) and the Andolla Peak (Pizzo Andolla).
The trekking trail develops between 500 and 2,500 m of altitude and touches its highest point at the crossing of the l’Antronapass (2,838 m) while also going through the Antrona Valley and Bognanco Valleys in Italy as well as Saastal, Nanztal, and the Sempione Valley in Switzerland. On the Italian side, mountain huts and shelters offer comfortable overnight stays, while on the Swiss side, small hotels and inns (linked with the bottom of the valley via cableways) ensure that places to stay overnight will be available at each stop.
The link between the Antrona Valley and Saastal takes place alng the “Antrona Road” (“Strada Antronesca”) which is the ancient way which was built in the Middle Ages by Lombardy merchants who used it to reach the heart of Europe but such road became less important in the 1600s with the opening of the Sempione “Stockalper Way” (“Via Stockalper”). The tract between Bognanco and Zwiscbergental follows the “Del Monscera Way” (“via del Monscera”) which was followed by Pope Urbano IV in the XIII century while returning from the Lion Council. In the Sempione Valley we walk along the Stockalperweg, known as the “Salt Way” (“via del sale”), which was constructed in the XVII century by the “King of Simplon”. In Saastal we walk along Walser paths, among villages made up of wooden homes and woods made up of coniferous trees just before reaching the 4,000 m of altitude of the Mischabel group of mountains.
This track not only takes us through Alpine history and culture, but also connects us with nature and great mountains: marmots, chamois, and ibex herds which can be seen along the way, while mountain passes and crests offer a panoramic view of the Pennini Mountains (namely the Rosa Mountain and Mischabel), the Leopontine Alps and Oberland.
This trekking track has been opened between the 17th and the 24th of August of 1997 follwing a work of collaboration between WalliserWanderwege (Vallese Association of Pedestrian Tourism) and the Italian Alpine Club (Club Alpino Italiano) Associations of Domodossola and Villadossola. The track was further enhanced as part of the VETTA project in 2012.

The stages of this journey: