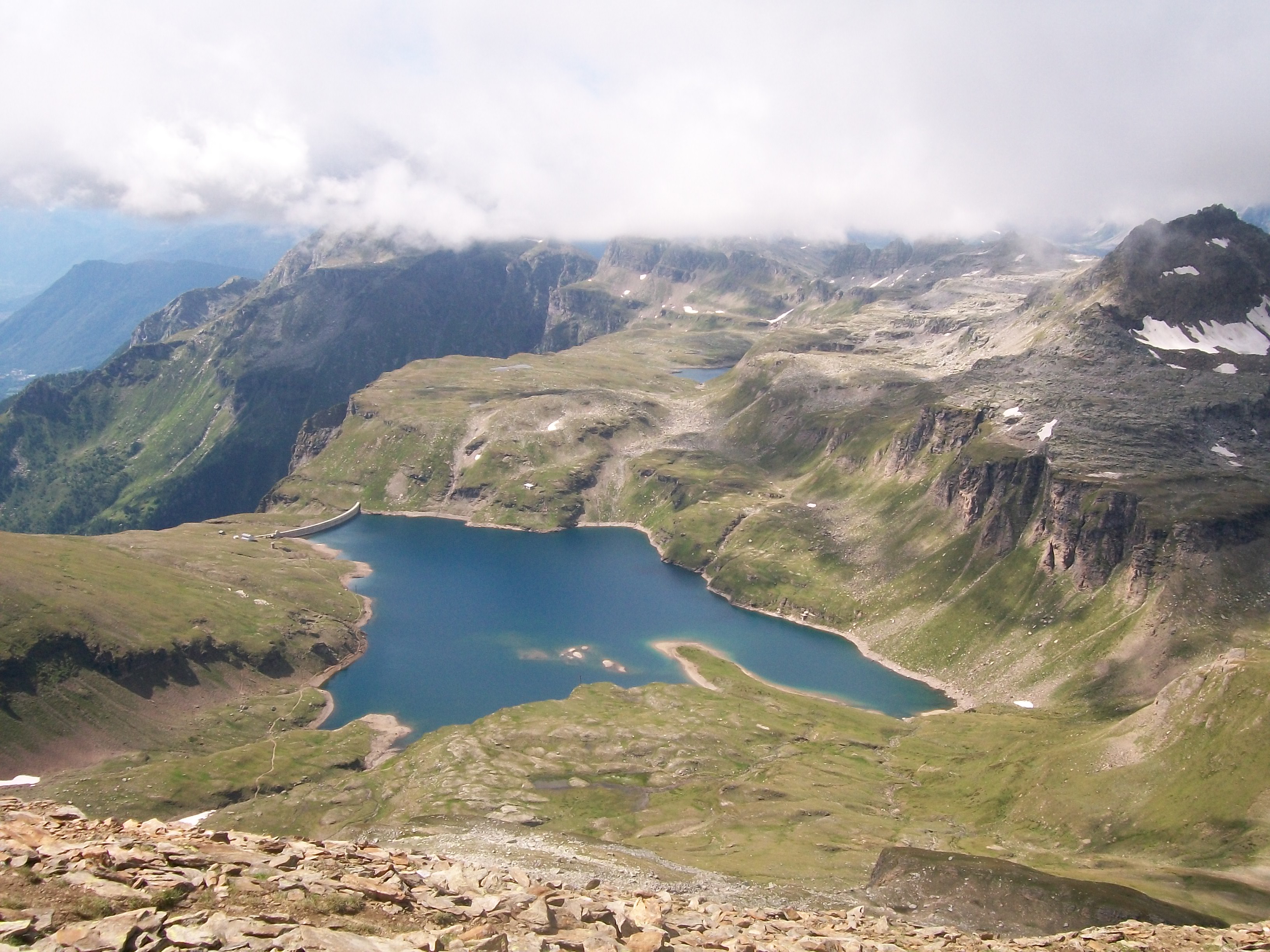 From the Sagersboden area (1772 m, reachable via the chairlift from Valdo or on foot from Canza), we follow along the agricultural road towards the Vannino Alp (track code G99). The Canza – Vannino Alp ascent represents the first stage of the Blu Itinerary Alpine Way (Via Alpina Itinerario Blu).

Having followed the hairpin bends in the fir trees wood, exit along the lengthened plain which coasts the torrent. On the right we can see the “Rocciodromo”, a 50 meter-high rock face geared with various ways up. In the middle of the valley take the brief detour on the left to the Miryam Mountain Hut, from where we can go to the Great Vannino Valley, reaching the “small dam” and its overlying humid surfaces. We keep going up along a not very steep slope following the road and after a flat tract we stumble across the Vannino Lake Dam where the Vannino Mountain Hut can be found (we are in the area of production of the Bettelmatt cheese) and a few steps later the Margaroli Mountain Hut (2194 m), where one can view the potting and wide basin found between the Jupiter Mountain (Monte Giove) and the Minoia Mountain.

From the Mountain Hut we go down till we cross the dam and follow along the path in the plain which coasts the entire lake up to the bottom of the Cortenova Alp. From here we go back up the beautiful high-altitude prairies amid multicolor blossoms and after a long but never demanding way up we can reach the Busin Mountain Pass from where we can admire the Busin Lake. The path follows downwards to the left, coasting the lake from a high standpoint, and we reach the dam’s guardians’ building about half-way down the lake. In front of this we can find a small shelter which is always open. We can go back along the same way we came from.

E (medium difficult) - At the beginning of the season (June - July) the first tract going down from the Busin Mountain Pass towards the dam can present steep slippery tracts made up of very hard residual snow, so be careful! You must also watch out for fog in the high-altitude tracts which lack vegetation and reference points.